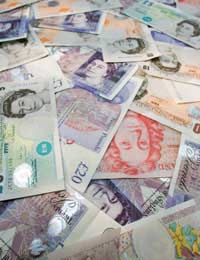 The National Minimum Wage is a legal obligation which must be met by employers and which covers almost the entire UK workforce in order to prevent the exploitation of staff.

Does Everybody get the Same Amount of Pay?

There are 3 separate tiered structures of pay to which workers are entitled as a minimum hourly rate at which they must be paid. The youngest members of the workforce 16 to 17 year olds, must be paid at least £3.68 per hour. For 18 to 20 year olds (inclusive), the minimum wage is £4.98 per hour and, for those who are over 21 - £6.19 per hour.

The Rights of Workers

Those who think they have been treated unfairly and are not receiving their minimum wage entitlement can contact the DTI’s National Minimum Wage Helpline where their case will be investigated further. Alternatively, providing they meet the criteria, a worker can also take his/her case to a civil court or pursue the matter through an employment tribunal. They can also resort to a tribunal if they are dismissed for pursuing their perceived rights to be paid the minimum wage as this would be construed as unlawful dismissal.

The Responsibilities of Employers

If employers opt to only pay their staff the minimum wage, they must keep adequate records to show that they are complying with the law. These records are crucial in case they have to be used in a dispute where the burden of proof lies with the employer to demonstrate that they have been abiding by the law. Records may include gross pay payments, records of employee absence, payments for shifts and overtime and contracts of employment between employer and worker. Failure to produce such records, if asked to do so, can result in a fine and is a criminal offence.

Certain groups of workers are not covered under the legislation. They include workers who are based permanently outside the UK, including those who are based in the Isle of Man and the Channel Islands, those who are legitimately self-employed and voluntary workers.