Home > Legal Issues > New Employee Pension Rules: What Do They Mean for Me? 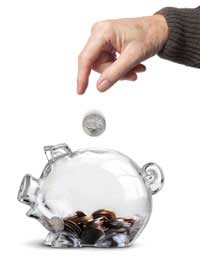 Pension rules are on the minds of small business owners across the country. The government has recently announced new rules that will see firms’ pension obligations dramatically extended – much to the chagrin of some business organisations.

As an employee, the new rules may mean that you become entitled to pension arrangements that you did not previously enjoy. It is important that you are aware of this, and that you make sure you are getting what you are legally entitled to.

What are the new rules?

Under the new rules, from 2012 business of every size will be obliged to enrol employees in a pension scheme. It had previously been thought that the smallest firms (those with fewer than 10 employees) would be exempted from the requirements – but the government has announced that this will not be the case.

Employers will also be expected to make a contribution. This will also begin at 1 per cent of each employee’s salary in 2012, but it will rise to 4 per cent by 2017.

Self-employed people will not be obliged to make contributions to a pension scheme, although it is obviously still a good idea for these individuals to make their own arrangements.

What about my existing pension?

Many employees already have access to a company pension scheme. If you and your employer are already paying into a scheme, your situation is unlikely to change – unless your employer is currently making contributions below the new minimum limit. If this is the case, you can expect to see their contributions increase from 2012.

What do I do if I’m an employer?

If you are an employer, the new pension rules may significantly increase your legislative obligations. Regardless of the number of individuals you employ, you will be required to offer automatic enrolment in a pension scheme by 2012.

It is also thought that many firms will have to increase existing pension contributions. The minimum contribution levels will also be a legal requirement, and there are likely to be significant fines in store for firms who fail to abide by them.

It is worth noting that, although the smallest firms will not be exempt from the new rules, they will not necessarily be expected to set up their own occupational pension schemes. Instead, it is expected that so-called ‘micro’ firms will make use of the government’s own new scheme, the National Employment Savings Trust (Nest). This is intended to provide a low-cost alternative to a proprietary pension scheme.

Regardless of whether you are an employee or an employer, the new pension scheme rules are likely to affect you. It is vital that you are aware of your obligations and entitlements. If you are in any doubt, you should seek professional advice.