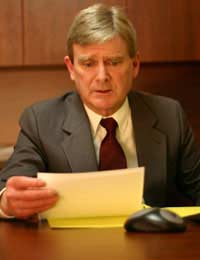 Grievance procedures whilst at work are necessary to enable fair resolutions to problems that can occur in the workplace. By having a uniform grievance procedure it ensures that problems are dealt with in the same manner for everybody. They’re needed to provide individuals with a framework by which they can voice a complaint if they feel it cannot be resolved with their immediate supervisor or line manager.

Most of the laws relating to grievances and disciplinary issues at work can be found in the Employment Act 2002 but there are other pieces of legislation which can be useful additional sources of information. These include:

In 2004, The Employment Act 2002 made it a legal requirement for employers to adhere to at least a minimum standard of procedures that have to be followed by all employers and workers for disciplinary, grievance and dismissal issues.The failure of an employer to follow these procedures would, in the event of the firing of an employee, make that dismissal unfair. Failure to follow the procedures could also result in an increase in the amount of compensation an employee might be entitled to.

Disciplinary matters at work usually fall into two categories – performance/capability and conduct. Usually performance issues can be resolved amicably by internal company training and establishing goals, targets etc. and through feedback and support for the worker.

However, if all of these options have been utilised and problems with performance still arise, it may then escalate into a more formal disciplinary procedure. Poor health and frequent absences from work would also fall into this category and, whilst it is an obligation for employers to try to initially deal with sickness and absenteeism sympathetically, unacceptable levels of absence and unexplained or unjustifiable sickness can lead to more formal warnings.

Likewise, when it comes to conduct, lateness, theft, fighting, committing a criminal offence, abuse of a company’s computer network, hostility to other employees or to the employer themselves are just some of the issues which cold constitute gross misconduct and which may have to be dealt with formally.

If a situation escalates to the point where it becomes necessary to take formal action, the procedure should be to issue the worker with a formal disciplinary letter, hold a meeting and then give the worker the opportunity to appeal if they feel their case has been dealt with unfairly. Conversely, am employee who has a grievance should also put their grievance in writing, requesting a formal meeting.

It is important to keep all records of the case on file so that they can be referred to if the case is subsequently taken to an employment tribunal. This is crucial, particularly for the employer if the situation results in the dismissal of the employee. So, notes of meetings, phone calls, conversations etc. should be meticulously kept.

Once a letter has been issued and a formal meeting has taken place with the employee, the company might decide to take no further action or issue them with a formal warning. Company policy can dictate what kind of ‘warning’ procedure they choose to adopt but all employees should be made aware of it before they start work. Often, they’ll follow the course of being a verbal warning firstly, followed by, perhaps, a first written warning then a final written warning.

In cases of serious misconduct, however, there are numerous grounds for immediate dismissal without the employee having the right to either a verbal or written warning. These can include:

However, aside from issues of gross misconduct, a worker can also be dismissed for breaches of statutory regulations, incapability, redundancy, retirement but in the case of redundancy and retirement, it’s crucial that these issues are handled correctly and legally or else the company can be sued for discrimination if the correct procedures have not been followed.

In general, employers must do all they can to ensure that any grievance procedures and/or dismissals are carried out in a fair and professional manner and would be likely to be deemed as reasonable by any employment tribunal. To do that, they should ensure that their entire workforce is familiar with the grievance procedure, that the correct procedure is fair to all staff and has been followed accordingly and that a proper and thorough investigation has been carried out.

And, from an employee’s perspective, if they feel they have been badly and unlawfully treated as the result of being subject to a grievance procedure or they have actioned the grievance procedure themselves yet are not satisfied with the outcome, they can consider appealing against any decisions which have been reached by their employer and take matters further by taking their case to an employment tribunal but it is important to seek advice on that first.